Posted by octoberfy44 (as a service user), 13 months ago

My antidepressants were lowered which I was happy to do. So I was informed by a nurse in the team I am under that any problems with the change of medication to contact the crisis team. Also if there is a crisis they would help and then refer me to Sligo as no keyworker. I am not overly thrilled with this as I live in Ballymote and don't have transport. I also have a child who requires a lot of care.

So on Monday I tried the crisis line. I hadn't been sleeping. I get these hallucinations things and then I have to check the house . My moods were getting erratic which could be due to hormones. There is a lot going on so I know I need to increase dosage or change. So I tried calling the crisis team on Monday which I couldn't get through on. So I then tried my Dr'secretary who was out but I spoke to a nurse.  Who explained I was going to get a call back on Tuesday this did not happen.  Things were getting bad so I called Thursday morning before 11am which no response. I did so again at 2.40pm approx. I fully admit I was frustrated, annoyed. I did not swear at them but I did say that all I wanted was a medication change and not to made to feel worse.

I did also say they didn't answer the phones but that's my experience. Though telling someone about a process had to be followed I found pretty condescending considering I was doing what I was told to do by the nurse in the same team. I was asked did I have an appointment soon. I have a file under the mental health team so there seems little knowledge of change of my medication, that I had an appointment already with my Dri.

1) When you're asking for help and nobody has got back to you and it takes a week or over it's not good.

2) when you feel like you are being dumped on someone else to be there problem. In the case if just referring. There's no communication on what I need as a person.

3) The general lack of communication between staff members and possibly written documentation over things like last appointment and what had been agreed.

4) If you call up and ask what seems randomly changing medication and there's no asking if you're ok. Maybe that's not the way to go. Especially if you have no idea what's going on in that person's life or if there's more to the call especially if you are a point of contact.

the problems that I was having with the antidepressants. All I wanted was a medication change which I had researched about. I wasn't looking to be referred but it does make you feel a better word would be dumped. 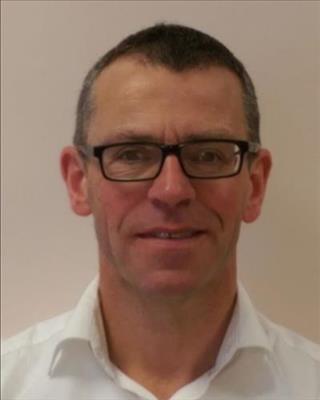 Thank you for your Care Opinion message. I am very sorry to hear about your difficulties relating to communication and the care and treatment provided by our Community Mental Health Team. We always try to provide a quick response to service users care and treatment issues and are sorry that your did not have this experience in this instance. We are pleased to have received your feedback and we will continue to work towards ensuring that any calls relating to any concerns around care and treatment for our service users are responded to in an empathic and timely manner into the future.

Have you experienced something like octoberfy44 did, here or elsewhere?