My experience of Mental Health Services

"My experience of Mental Health Services"

Posted by Alexa (as the patient), 5 years ago

It has taken me a long time to even feel able to tell the story, and I will keep it as short as possible, but my experiences with the psychiatrists (there have been two since I was first referred) After being on anti-depressants for awhile that were not working at all, my GP referred me to the psychiatrist. I am familiar with the workings of psychiatry, as I have a family member who works in this area. I was actually looking forward to it hoping finally I was going to get some help.

To make a long story short, I was very surprised by the attitude of the then psychiatrist (this was 2010) as he didnt ask any questions other than "How can I help you? ". Well I wasnt even sure where to start, and thought there would be a DSM questionaire. which would have been a helpful start. I asked him if there was anything HE needed to know, such as family history to which he replied "only if you want to tell me". I tried to tell him things but frankly found it uncomfortable, I wasnt sure where to start and he was obviously not interested, in fact spent a great deal of time looking at his shoes, which made me also look and observe them.

After a few minutes he referred me to CBT and told me he would send information on various anti-depressants to see what I thought suited me, which I thought was a bit odd, and I had already done my own research on them anyway. I was given another appointment 2 weeks later. The day before that appointment, a close relative committed suicide. There IS a family history of depression. I felt I really needed to get to that appointment, which was at 3. 45 in the afternoon. Needless to say I was pretty upset in the waiting room, quite obviously had been crying and distressed. He came in at 4, looked right at me, nodded his head and went into his office. 20 minutes later he finally called me in and I told him about my relative. His answer? Oh well go on home and make another appointment when you feel better! I was in shock, I told my GP and we decided it would be better to work on it together, so I did research which I shared with my GP and we began the trial of augmenting the effexor I was on, with various other anti-depressants.

They didnt work and I had gotten to the point I would not leave the house, see people or even answer the phone. At the time I had my own business and could not do a thing about it. Meanwhile several other tragedies and traumatic events occurred which forced me to give up my business, and I also gave up on the medications because they obviously werent doing anything. Also, my doctor had retired, and because of the condition I was in my new GP sent me back to psychiatry. At this point I had already tried CBT and psychoanalysis. It was suggested I get back on medication by them. The psychiatrist was not the same as the last, but sadly just as useless. I was so anxious when I got there I was talking non stop, and he told me that within 10 minutes of being there that I was NOT depressed, but had ADD! I could not believe what I was hearing. Had he given me the DSM test I fee that he would have seen red flags waving wildly.

Needless to say, in my view the psychiatrist in question was absolutely no help at all. I certainly do not have ADD and I am at a complete loss as to where to go from here. As much as I dislike taking anti-depressants, as in my case either they didnt work and seemed to make things worse, I was hoping to at least have a discussion with him and maybe he could have come up with a combination of things that would work, or maybe somewhere there are trials that I would be happy to take part in. As it is now, I suffer from anxiety, anhedonia, and most mornings wish I didnt wake up at all, and feel like there is nowhere to go and no one to turn to. 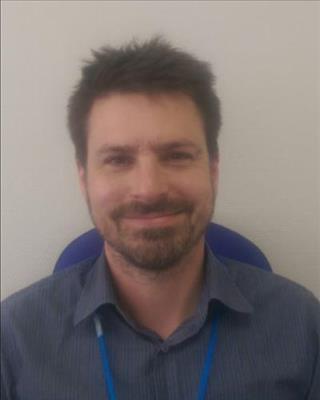 Thank you for taking the time to post your feedback about your experience of attending the Mental Health Service.

I am sorry to hear that there were negative experiences and I would really like the opportunity to meet with you to discuss this further. Please contact me directly at martin.jones@hse.ie or 071 91 55120 if you would like to do this. Please feel free to leave a message and I will get back to you as soon as I return to the office.

Please accept my assurance that we take feedback regarding our services very seriously and as an opportunity to improve the care and service we provide. I understand also if you do not wish to discuss this further and in that case I wish you the very best for the future.

Have you experienced something like Alexa did, here or elsewhere?